It is widely thought that the ‘native’ species of tree in Great Britain colonised our islands after the last ice age, before the formation of the English Channel around 8,000 years ago.  They gradually colonised from Europe as the climate warmed.  If man had not shaped our landscape, pretty much all of the British Isles would be covered with wildwood and some pasture created by large grazing animals with widely spaced trees.  Most of our woodland would naturally be broadleaved (with some conifers), reflecting our geographical location in the temperate zone and the close proximity of the sea.  In Scotland we would see a zone of Caledonian forest, mainly consisting of Scots Pine, in the boreal zone.

Colonisation naturally occurs first by what are called pioneer species.  Examples of these are birch and alder, with numerous small seeds which are easily dispersed far and wide by the wind.  Later come the longer lived trees with larger seeds, mainly dispersed by animals.  Typically the climax species like oak, sycamore and sweet chestnut live for 150-400+ years, birch 40-100 and others around 130-200 years.  The conifers tend to be slightly shorter lived with scots pine 150-300, pines and spruces 120-200.  European larch however can live around 120-350 years.

Early peoples in Britain were hunter gatherers, small numbers of peoples widely scattered through the ancient wildwood.  They would have relied on the biodiversity of the forest and hunted the larger grazing mammals.  Their impact on the natural woodland would have been minimal.  Later, around 4,000 years ago, once settlements began to grow, forest clearance started to take place for grazing or agriculture.  Neolithic man started to change the landscape, forming the Britain that we recognise today.  Wood became an important resource for infrastructure, warships, fuel and housing and by the start of the 20th century there was very little woodland left.  The Forestry Commission was formed in 1919 and since then, there has been a significant increase in broadleaved woodland and the plantation of coniferous plantations. 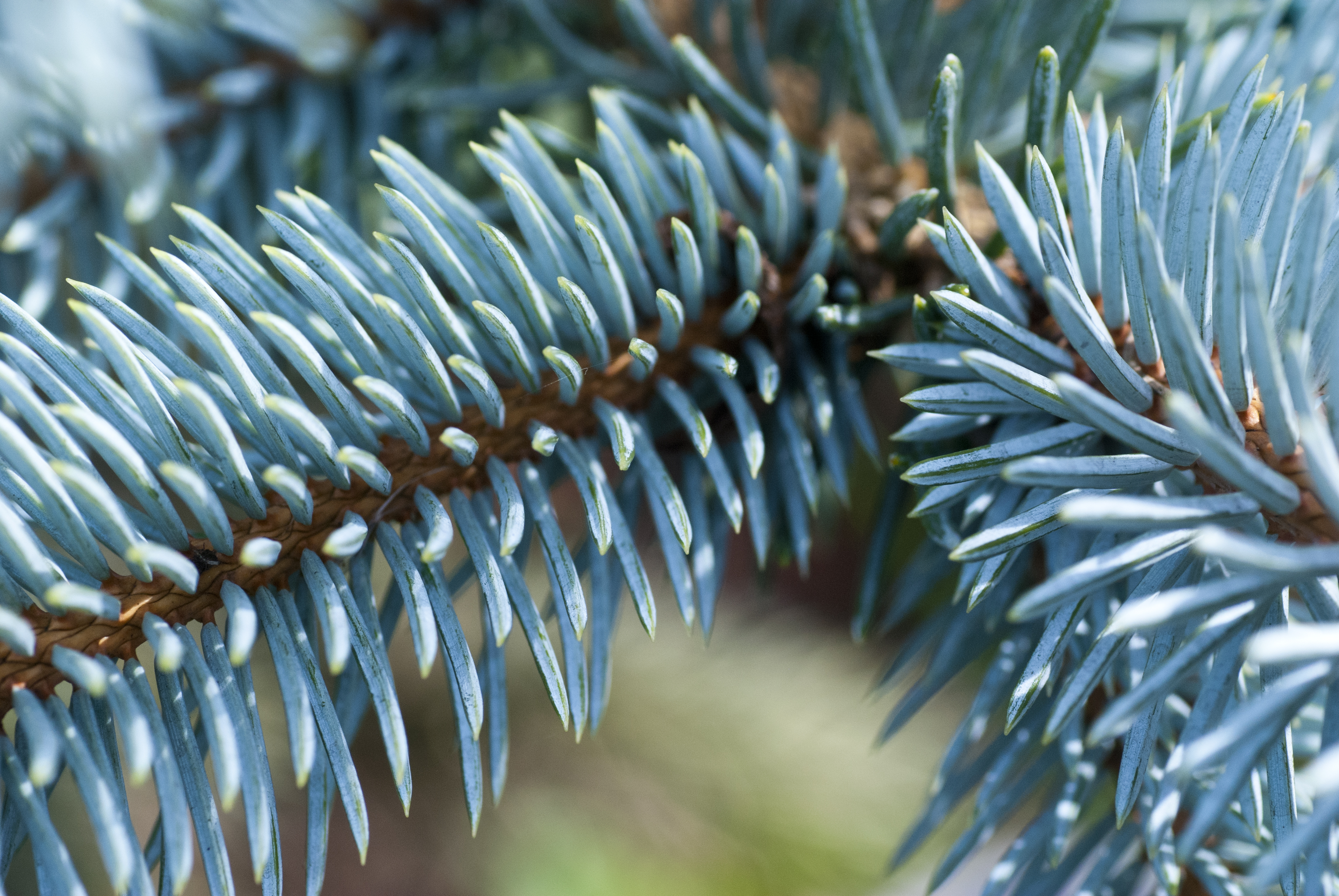 There are few native coniferous species, mainly because of our temperate climate, but these include the Scots Pine, Juniper and Yew.  Other coniferous species were later introduced, Corsican and Norway Pines, Spruces, Larches and Douglas Fir.

The trees form the canopy of the woodland or forest, and these largely dictate what happens underneath depending on levels of light.  Broadly speaking we tend to classify the levels of a woodland as canopy (the leafy top layer of the trees), shrub (growing trees and poor light tolerant species below the canopy), field (ferns, grasses and herbs) and ground (mosses, fungi, ivy growing on the ground) layers.  Of course there will be variation and interchangeability between these (arbitrary) layers, for example ivy could grow up a tree to get away from the ground layer seeking more light.

Different kinds of woodland would have different make-ups to their layers depending on the soil, climate and make-up of the canopy.  Broadleaved woodlands have significant levels of light reaching the floor during winter and early spring before the canopy is fully developed.  This allows species to take advantage of this such as bluebells, snowdrops, foxgloves and wood anemones, which flower in the spring then build up their energy reserves in their bulbs ready for the next year.  So the make-up of the layers in a woodland are often also seasonal.

In coniferous woodlands which are largely evergreen (with the exception of Larch) there is very little light reaching the forest floor all year round, which tends to exclude flower making species from growing there, meaning that the lower field and ground level layers are likely to be much less diverse.  Of course, there are always exceptions and variations.  Beech woods for example, tend to exclude flowering plants below them and managed older coniferous plantations can grow a diverse field layer after the trees have been thinned out.

The woodlands that we see around us are very much the product of man, even those which are considered ancient.  Man has been shaping the landscape for thousands of years, and during that time the woodlands have been managed, for building materials, for fuel amongst other uses.  During that time trees have been selected over others for their properties, for charcoal, for structure building, for coppicing, so the woods we see around us reflect the natural and local conditions for growth and selection as well as the needs of the humans who have managed them.